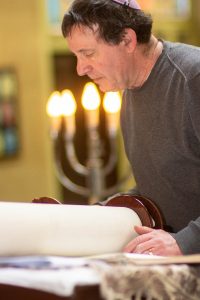 We are starting a new Book of the Torah this week, the Book of Shmot. The Book of Shmot has as its central theme of the Exodus from Egypt (hence the English name [actually Greek] Exodus), and the Exodus from Egypt is embedded in every Jewish fiber of our lives. When we make Kiddush on Friday night, we say, “Zecher litzi-at mitzrayim (remember the Exodus from Egypt).” Traditional Jews who pray three times a day recite the Song at the Sea (Az Yashir) daily. The psalms are replete with Exodus references. Given that the Exodus and the Revelation at Sinai are the two biggest events in the history of our people, why is the Book named Shmot (names)?

Descendants of Jacob’s sons (ourselves included) might have felt (and might feel) insignificant in the shadow of these miracles. The miracles saved a people, and another set of miracles gave a people the Torah, and it is easy to feel like you are a speck of dust in the vast, infinite universe. But the miracles didn’t only save a people, the miracles saved people, and they had names and identities. And the miracles didn’t only give the Torah to a people, the miracles gave the Torah to people, and they had names and identities. And so, descendants of Jacob’s sons (ourselves included), can read the Book of Shmot and feel as though they have a connection with the names of Jacob’s children that begin the Book of Shmot. Individuals left Egypt, and individual received the Torah, and we are among the individuals. That is why the Book is called Shmot.