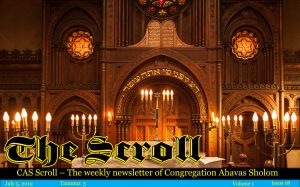 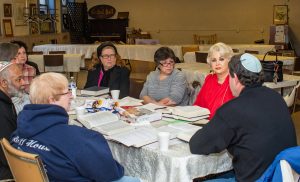 This week in Parashat Korach a group of people rebel against Moses’ elevated position. History is written by the winners, and Moses is God’s anointed prophet, and, predictably enough, Moses emerges victorious and the rebels are killed.

Also this week there is a rebellion occurring in Israel. Last Sunday, an 18-year-old Israeli of Ethiopian descent, Solomon Teka, was killed by an off-duty, police officer in the town on Kiryat Haim, a northern suburb of Haifa. Initial reports of the killing vary. The police department initially said that the police officer (whose name has been withheld for security reasons) was at a playground with his wife and three children and trying to stop a fight between two men and he was pelted with stones. On the other hand, eyewitnesses said that the police officer threatened the men with his gun. This killing touched off protests by the Ethiopian community that have been met with two responses. The government has said that any rioters will be arrested (Benjamin Netanyahu said, “There are problems that need to be solved,” but called on protesters to stop blocking the roads. “We are a nation of law; we will not tolerate the blocking of roads. I ask you, let us solve the problems together while upholding the law.”) The police officer has been arrested on suspicion of manslaughter and officials have promised a thorough investigation. And Solomon Teka’s family has requested that protests not be held during shivah.

I don’t know whether the shooting was justified; I obviously wasn’t there. But it seems like the Ethiopian immigrants have in the main not been accepted by other Israelis. An op-ed piece in Ha’aretz (written by an Ethiopian Israeli), says that, “A special committee headed by the Justice Ministry director general found that hundreds of criminal files opened against young Israelis of Ethiopian descent were the result of police-initiated friction.” The shooting of Solomon Teka shooting follows six months after the shooting of Yehuda Biadga, 24, a mentally ill Ethiopian Israeli. The police officers who were involved in that incident said Biadga charged an officer while brandishing a knife. And in April, 2015, an Ethiopian-Israeli soldier was beaten to death by two police officers; that incident was filmed and widely distributed. I wrote about that episode more than four years ago, in May, 2015, and I included a host of materials that described the Ethiopian experience in Israel.

Nothing has changed since 2015. The Ethiopian Israelis have not generally accepted and have not been generally assimilated into Israeli society, and that is why they have reacted violently after Solomon Teka’s death. I hope this rebellion has a better ending than the Korach rebellion. The Ethiopian Israelis are not demanding an equal share of the leadership, like Korach. They are demanding only the right to be treated like every other Israeli.