The Jakob Glanzer Synagogue (alternatively, it is called the Chadashim Synagogue) is in Lviv, Ukraine.  (If you want to know where Lviv [Lviv is sometimes called Lvov] is, look at the map below, on the left side, to the right of where it says Slovakia: 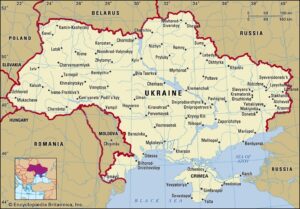 Lviv is western Ukraine, not far from the Polish border.) 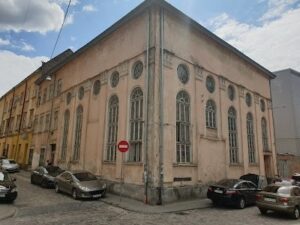 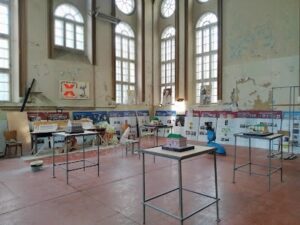 Since 1989 it has been used as a center of Jewish culture, the “Sholom Aleichem Jewish Culture Society”.  Until today.

Last week, the Jakob Glanzer Synagogue has been transformed by volunteers into a refugee center.  One of the refugees from Kyiv volunteering to make the synagogue the refugee center said, “If the Russians come to Lviv, we will fight.  There is no other possibility.”  Here is a photograph of the reading lectern and bags of necessities: 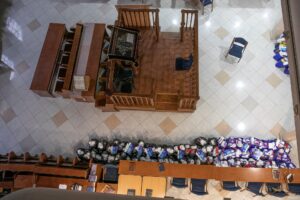 You can help the Ukrainians.  The MetroWest Federation has a website, https://mail.google.com/mail/u/0/?tab=wm#search/federation/FMfcgzGmvLQglLlHwwpJsJLFrHLjgHQX; you can donate money or supplies.

I donated to the Federation.  Join with me.